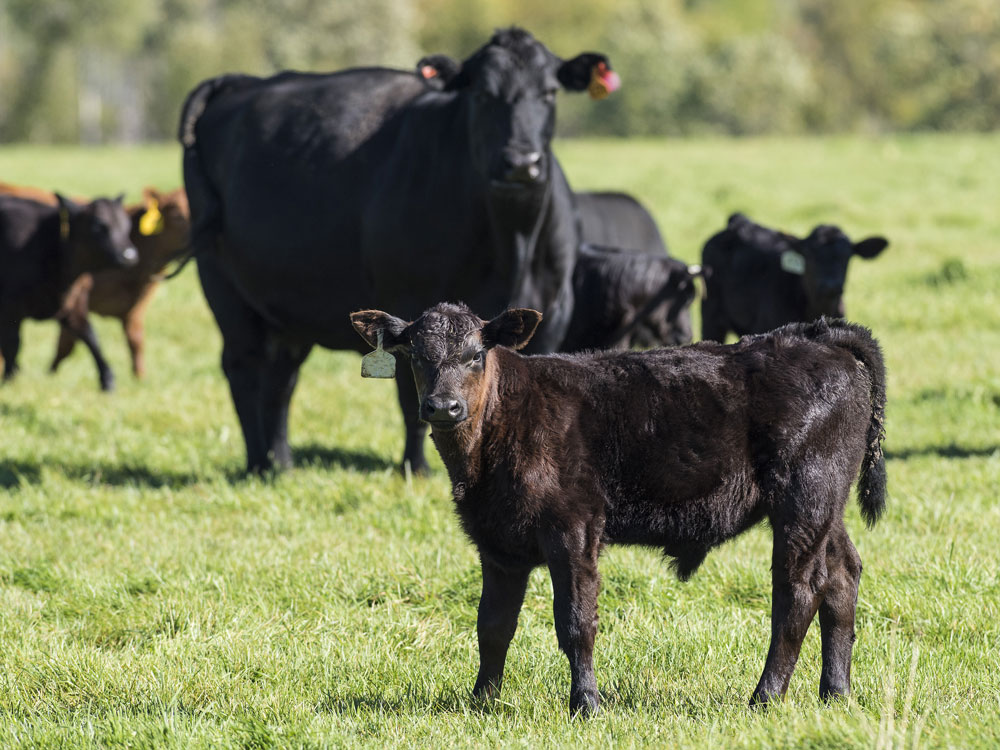 Genetic defects are a fact of life. We are fortunate today to have technology available that makes a defect manageable instead of potentially debilitating to business the way it was just a few decades ago. But no matter how fancy the DNA tests get, managing genetic conditions successfully takes transparency, time, and thought. Over the last several years, the American Angus Association (AAA) has updated the protocols on several genetic conditions that have been discovered, allowing their members and clients to continue to improve Angus genetics.

“All breeds of beef and dairy cattle have identified recessive genetic conditions,” explains Dr. Dan Moser, President of Angus Genetics Inc. (AGI), owned by the AAA.  “Some, dwarfism for example, were identified in the 1950s, long before genetic testing was available. In order to identify carriers the suspect pedigrees had to be strategically bred and it just took too much time and too much money to test through designed matings.”

Prior to joining AGI, Dr. Moser was an animal science professor at KSU. While he wasn’t with AGI when some of the early genetic defects were identified and protocol changes were made, he saw first hand the implications with the Kansas State cattle herd.

“Since DNA testing is now available, when recessive genetic conditions are identified in Angus and other cattle breeds we can use genomics to locate the causal mutation,” he explains.  “We test potential carrier animals and find those free of the condition that will transmit the positive aspects of their ancestors.”

The AAA policies evolved with time and information. The requirement of testing may also depend on if a defect is lethal or not. Testing is required for registration for recessive conditions that are lethal to the affected progeny, like Arthrogryposis Multiplex (AM, sometimes called Curly Calf). Arthrogryposis Multiplex was first recognized in 2008. After the AM discovery, rather than cancelling or suspending the registration of AM carrier females and bulls, the AAA required that their offspring born before December 31, 2009 be DNA-tested for the AM gene and results of the carrier status would then be noted on their registration and performance pedigree certificates.

Today, heifers have to be tested but can be registered no matter the outcome. Bulls, however, can only be registered if they test AM free. Steers don’t require testing, while calves from AI carrier bulls may be registered if they were conceived less than 60 days from the time the bull was identified as a carrier. The policy is less aggressive for a non-lethal condition like Oculocutaneous Hypopigmentation (OH, or White Eye). The AAA provides detailed information about each defect as well as guidance for breeding and management. The carrier status potential carrier status is clearly noted for every animal so they can be managed appropriately.

The testing and grace period allowed Angus breeders to identify the affected animals so that they could be strategically bred to have calves that test free of the AM gene—therefore keeping the quality genetics of their parents without passing on the problem genes.

“The Association offers education; we clearly identify carriers and potential carriers and promote transparency so that our members and their customers can be confident,” Dr. Moser reassures. “Our customer service representatives do a great job working with members and helping them understand how to breed the next generation of Angus with better genetics than the one before.”

Regardless of the breed in question, finding genetic defects attached to certain bloodlines presents a challenge for many producers, despite our ability to identify them.

“The identification of genetic recessives in the Angus breed created a major negative impact on our business,” says Brian House, Vice President, Beef Program and Product Manager at Select Sires. “During the period of time when AM, NH (Neuropathic Hydrocephalus recognized in 2009) and CA were identified, we tested and identified 41 bulls who were carriers of these recessives. This included bulls of all ages—older proven bulls and young bulls that were just getting started. Due to strict policies implemented by the AAA, these bulls became unmarketable—so we ended up getting rid of both bulls and semen and our sales dropped during this time. As we learned with subsequent genes being identified and the greater use of DNA testing, genetic recessives can be managed in a breeding program. Our dairy customers do this every day.”

“Through the process of testing for various genetic conditions, breeders became more familiar with DNA, testing procedures and how genes are passed to subsequent generations. This probably helped pave the way for genomic testing, which has gained rapid acceptance across the industry, and is moving genetic progress at a much faster pace,” says House.

According to Dr. Moser, the peak year for DNA test purchases for AGI was 2014. Currently they test about one-forth as many animals.

“The rules did a really good job of eliminating carriers from the population,” Dr. Moser says. “At the time of discovery of some of the traits, some carriers were no longer used and the pace of genetic improvement slowed. Genetic improvement has rebounded since 2010 for a wide variety of traits. There was a short-term cost in genetic improvement but we have been able to make it up while eliminating the worry and economic impact for commercial cattlemen.”

Gathering information is the first step in management of genetic conditions. The policies and protocols adopted by the AAA have helped to inform and guide producers, but the success of those rules depends on producers that identify issues and report them.

“Our breeders are vigilant,” shares Dr. Moser.  “I give them a lot of credit for their willingness to report calves when things aren’t right. Abnormal calves are sometimes born as a result of the environment and are not necessarily a result of genetics. Working with Dr. David Steffen at University of Nebraska, we confirm parentage, collect DNA, sometimes are able to get pictures and x-rays and we store that information in a very detailed database should there be similar issues in Angus or other breeds. The information is gathered and tracked. We also store our own DNA. We have over 900,000 DNA samples here at the office.”

Dr. Moser noted a situation in which an older AI sire in their archives was identified as a potential carrier of Osteopetrosis (OS).

“We were able to go to our archives and retrieve a semen sample for testing. He turned out to be free of the condition, and we were able to clear over 100,000 of his descendants in the database as well. It saved a tremendous amount of cost, not having to test every descendant,” reports Dr. Moser.

With information, education, and strategic policies in place the AAA has been able to reduce the number of cattle carrying genetic defects and continue to improve Angus genetics. But the last few years have been a DNA crash course.

“Today’s customers are very well informed, but it hasn’t been that way very long,” says House. “We, along with our customers, learned ‘on-the-fly’ about genetic conditions and their ramifications. I believe today’s level of understanding regarding DNA/genomics was kick-started in part due to genetic recessives. Are we better off today than we were before these things were identified? I would say yes.”

Strategic DNA testing and management allows Angus breeders to produce great cattle that are desirable to the commercial customer. Making intelligent rules to handle the reality of genetic defects has allowed the AAA to stay on top and serve as a model for other breeds when they confront their own genetic defect challenges.

The recessive genetic conditions recognized by the American Angus Association include the following:

For more about the AAA genetic condition policies, check out their online resources at: www.angus.org/pub/GeneticConditionPolicy