I could not get a word in edgewise.  The afterhours caller seemed to not even breathe as she unveiled a rehearsed dissertation on the events of her afternoon.  Without a single audible inhale or exhale Mrs. Symington described the pathetic scene.

From her point of view she and her husband Carl were just driving around when they came upon the tragic case of animal abuse and depraved human cruelty.   Without stopping she painted the picture of a forgotten pet struggling to survive when she and her husband luckily happened upon the Basset hound laying under a post oak tree on that dirt back road.  She pointed out that the dog must have been abused by a man since it ran when Carl jumped from the vehicle and tried to rescue it from its eminent demise.  Still without breathing, Mrs. Symington continued vividly recounting the events. 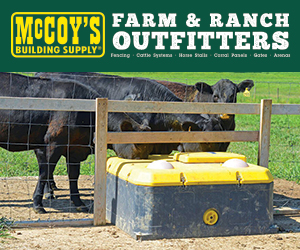 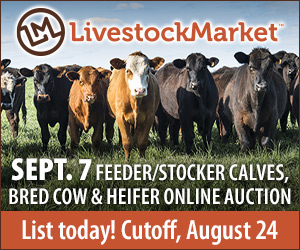 It seems she followed as closely as possible driving down gravel roads, through unlocked gates, over cattle guards and across hay fields as Carl, dressed in his shorts, sneakers and untucked Ralph Lauren shirt, chased that hound through three fences and across a freshly cut hay field.  She described their dedication; Carl dodging around round bales, tripping over a ball of hay netting, and diving into the briars at the field’s edge as Mrs. Symington kept the sedan in granny gear and yelled encouragement from the partially rolled down window.  Even when involved in a “hot pursuit rescue” I guess she did not want to waste the AC.

They would risk their lives for a mistreated pet and I should know that.  Still this woman had not stopped to breath and I had said nothing beyond “hello”.  It seems Carl continued his assigned task chasing the Bassett through the creek, up the sand embankment nearly grabbing the forlorn creature before slipping in a fresh cow pie and losing his grip.  Mrs. Symington recounted driving around to head off the chase and block the dog from escape.  Obviously driven by fear, the “malnourished” canine ran through a culvert followed closely by her husband.  Both emerged on the other side – the Bassett with its tongue out and Carl covered in green algae with his shirt torn.  It was an expensive shirt, but there was no cost too great to rescue this poor creature.

Finally her husband had cornered the dog by the Highway Department’s road grader and was able to scoop the pet up, and they were now speeding to the clinic and I had better be there or they would find another vet.

I had still not said a word but I had counted the word “Rescue” twelve times and the word “abuse” three times.  Still not sure what my role in this mission would be I said I was on my way as Mrs. Symington could be heard yelling at Carl to drive faster.  As I pulled into the parking lot the Symingtons slid in from the other direction and Mrs. S emerged from the mud-splattered car cradling a bundle wrapped in a quilt.  She shuffled toward our clinic’s front door.  Before I could get the key into the lock she began frantically yelling to open the door or they would head to Oklahoma City to a real veterinary hospital.

I could see a nose poking from under the blanket and I helped her lift the dog onto the exam table while she cursed people who could hurt innocent animals declaring that they should be punished and locked up.  Mrs. S pushed my hands away and unwrapped the blanket herself.  She repeated that the dog was afraid of men and that I needed to be sensitive and that maybe she should go somewhere else.

As she pulled the quilt back, Carl appeared at the exam room door.  His shirt was torn.  His legs were bleeding from the briars, the sole of one shoe was flopped back at the toe and he reeked of sweat and stagnant water.  Over on side of his forehead was a thick slime of plankton and he had some kind of dried weed behind his left ear. The man was soaked, panting and leaning against the door jam under the air conditioning vent.  I reached to get him a chair only to be brought back to reality by Mrs. Symington screeching to forget about him and look at the dog.

There laying on the quilt was a mud-splattered but very happy patient of mine, a Bassett hound named “Chloe”.  I wiped of the rabies tag hanging from her collar, rolled it over and showed Mrs. Symington the dog’s name and the owner’s phone number.   “Chloe” was tired but unhurt.  Mrs. S was finally silent.

It seems the good Mrs. S and Carl spend their free time patrolling the local highway for stray and abused pets.  Their passion had become “rescuing” animals from the evils of men and lauding themselves for being the standards of compassion and the high water mark of animal care.  On that particular evening “rescue missions” had been hard to find and the Symingtons had gone from the highway to the farm-to-market roads and then back even further to the gravel roads of our rural county.  Here under the oak tree of my neighbor’s yard they had found “Chloe” resting in the evening breeze.  The chase was on.  In the meantime the Prices had come out to feed their dog, couldn’t find her and figured she was off hunting.

Animal welfare is essential, with our pets and with our livestock.  There are five freedoms of animal welfare that we as caretakers need to recognize: freedom from hunger, freedom from pain, freedom from discomfort, freedom from fear and freedom to express normal behavior (like Chloe resting under the tree).  These are basic and I would say ingrained in most every livestock producer I know.  This is not animal rights, its good husbandry and demonstrates the care and concern beef producers put into what they produce.  I am not saying we cannot improve or that there are not problems, but that overall good beef production and good animal husbandry depends on our adherence to these guidelines.  Audit your own operation and make the changes you need.  Be careful not to judge your neighbor.

That evening, as I gave Carl a bottle of water and pulled the slime of his head, I figured maybe he needed rescuing.   I gave him some tape for his shoe and walked him back out to the car.  His wife was back in the passenger seat with her head turned and her arms crossed.  I called the Prices and dropped “Chloe” off at her driveway on my way home.  The evening was hot and I watched as she laid down under the oak tree.   The Symingtons still patrol our county but I think they use a real Vet in Oklahoma City.