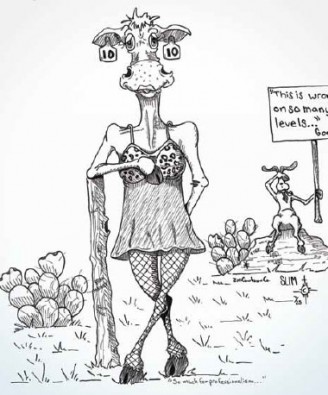 Tye was tight. He based his life on the old adage “waste not want not”, and he carried it to the extreme.

As a sworn bachelor, Tye never fell for the trap of current trends or popular opinion. His fences were really just continued patches of old wire. His farm shop resembled a warehouse of cast off, salvaged, repurposed and recycled hardware, farm equipment and building supplies. He had buckets of bent nails, piles of rusty hinges, boxes of old bottles and reclaimed wood screws. Tye made a religion of not buying anything new, and anything free (needed or not) was gathered onto the back of his flatbed farm truck and soon found a home in Tye’s farm shop. He truly lived the proverb “use it up, wear it out, make it do or do without”.

The hot dry summer had brought the flies and dried what native grass was left into long brittle stems. I had convinced Tye not to throw salt into the eyes of his yearlings and to let us come take a look at what his problem might be. It sounded like pinkeye, with cloudy eyes and blind cattle. Tye might be cheap but every now and then he accepted advice if he thought you may have a good idea. We found the yearlings penned behind the shop and Tye waiting at the head catch.

The pen and alleyway were constructed of WWII-era metal sheets used in the South Pacific to make runways for war planes. The chute itself actually looked like Tye had taken Johnny Cash’s advice, but instead of a Cadillac he built a squeeze and head gate one piece at a time from every known chute manufacturer. Random parts were welded, bolted and wired together to make a functional, albeit strange and multicolored, piece of equipment.

The cattle seemed to know their way through the maze and after examining a few draining, cloudy eyes we concluded our phone diagnosis of pinkeye was pretty good. I explained the use of antibiotics (not salt), the need for fly control, brush control and early recognition and treatment. We talked about vaccination, varieties of pinkeye, and prognosis. Just in passing our vet student extern mentioned that some people recommended putting a patch over the affected eye. This was meant to keep the sunlight out and reduce pain. The vet student and I climbed back into the truck and I told Tye to call back if things did not improve. I honestly never thought about the visit again until I drove by Tye’s place a week later accompanied by a couple more vet students.

As we rolled out on another farm call I made the curve and started to go by Tye’s front gate. I slowed to a stop. I had to look twice at the calf standing by the cattle guard Tye had built from reclaimed railroad iron. Chewing on a clump of dried bluestem was a baldy heifer with one eye covered with what, in all my copious experience, appeared as one half of a DD bra. It was like looking at an accident. I could not stop staring. I knew I needed to go but I couldn’t resist and I pulled the truck over the rails and up close to the heifer. No joke – she had half a bra, a big blue bra, glued over her right eye. Tye had taken the time to put the part with the wire on the top and he had cut off the straps.

The heifer trotted off to the rest of the group. Then we saw it. Like a bad underwear commercial, several of Tye’s heifers were modeling various styles, colors and configurations of bras. There was the other half of the DD, half an athletic bra, part of a leopard garment and the right half of a black lacy number. The calves were happy and grazing, each modeling their variety of ladies unspeakables. Even bent over the steering wheel and with all the laughter in the cab, I could hear Tye’s old truck rumbling up the gravel road. The students tried to erase their smiles and I jumped from the driver’s door to meet Tye and give them time to compose themselves.

Tye was ecstatic. He explained that while shopping for work clothes at the mission thrift store in town he had noticed the bras and remembered what the student had said. Well he thought about it and bought a bunch at the great price of four for a dollar.

Now, he had never bought a bra before but that sounded like a good price and the lady at the cash register had assured him he was getting a deal. He then used the tubes of glue he salvaged from the sale barn trash can, and what do you know? He had instant pinkeye patches. He explained in a serious tone that the wire reinforced ones worked the best and he could identify the calves by the color and style of their patch. Well I bowed out from the conversation with an explanation that I needed to go on a call. I made a circle through the bovine lingerie section and headed for the highway with both students on the floor roaring with laughter.

Pinkeye is a bacterial infection that can be spread through a number of vectors from flies to tall grass or hay. The proper name is contagious bovine keratoconjunctivitis, and a large amount of pinkeye is caused by a bacteria called Morexella Bovis. That said, it is important to remember that pinkeye is not all caused by the same bacteria. Vaccination can be effective if the timing is right and the environment and vectors are controlled. Early recognition and treatment will help lessen the severity. Most animals recover with little lasting damage but weight loss, market value and even the ability to gain later in life are all negatively affected by this disease. Other diseases can and will cause eye lesions. Visit with your veterinarian to confirm your diagnosis and establish a treatment and control plan.

Tye’s heifers all improved. We now warn all vet student externs to watch what they recommend. There was a rumor started by the ladies at the thrift store but I did my best to put that fire out. I will admit it was tough to try and explain why an old bachelor bought twenty bras in a single day.